Serotonin (5-hydroxytryptamine or, for short, 5-HT) is the essential molecule of the serotonergic system and one of the most important discoveries in neuroscience. It is widely known as “the happiness hormone” since reduced serotonin signaling is a risk factor in the development of different psychiatric disorders, particularly major depressive disorder. Did you know, however, that this molecule plays a wide range in other important biological roles too? Its wide distribution throughout the body makes it participate in a large number of processes, so we could rather say that serotonin is “the multifunctional molecule”! Nevertheless, its most prominent functions are related to the control and linkage of many neurobiological and gastrointestinal processes through because of its role in the microbiota-gut-brain axis.

Serotonin is a neurotransmitter [1] and a hormone found in the endocrine system, which is found not only in animals, but also in fungi and plants, including fruits and vegetables. It is derived from the essential amino acid tryptophan, which cannot be synthesized by the organism. Therefore, it has to be provided through the diet, and it is mainly found within a wide range of dietary proteins. Consequently, a potential link is made between diet and functions involving 5-HT. About 95% of the total 5-HT in the body is synthesized in the gastrointestinal tract by enterochromaffin cells and serotonergic neurons [2], while the other 5% is produced by serotonergic neurons in the central nervous system (CNS) [3, 4]. Nevertheless, other peripheral organs and tissues such as the pancreas and the adipose tissue can also synthesize serotonin.

The biological effects of serotonin depend on its extracellular availability, which is controlled by the 5-HT transporter (SERT), and on its binding to specific receptors. The reason why serotonin can be considered as a multifunctional molecule is because its transporter (SERT) and receptors location are widely distributed throughout the body: not only it is found in the nervous system, the gastrointestinal tract, but also in the liver, the pancreas, and in the adipose tissue; among other tissues and organs.

On the one hand, 5-HT modulates a wide range of interesting neurobiological processes: serotonin plays a role in inhibiting sleep (improving alertness) [5, 6], improves cognitive abilities [7], and has emetic and anticonvulsant properties [8]. It is also implicated in the appetite as a satiety factor [9, 10], and it can even improve someone’s mood by exerting an anxiolytic effect [11].

On the other hand, serotonin plays an essential role in gastrointestinal physiology, since it modulates intestinal motility, and thus promoting the transit of food along the gastrointestinal tract [12, 13]. Besides this, this molecule is also involved in many other functions such as the regulation of the intestinal secretion of water, electrolytes [14], fluid, and mucus, as well as the regulation of ion transport. Furthermore, some studies reveal that 5-HT plays a role in immune cell activation and generation/perpetuation of inflammation in the gut [12], and thus an increase in 5-HT levels has been related with multifactorial intestinal pathologies such as Irritable Bowel Syndrome (IBS) and Inflammatory Bowel Disease (IBD) [15, 16].

In addition, all these emotional, cognitive, and intestinal functions are interconnected by the gut-brain axis. But then, ¿what is the gut-brain axis? In short, it is a bidirectional and complex communication between the gut and the brain, which permits feedback from the gut to exert profound effects on mood, behaviour, and cognitive functions (and vice versa). These interactions are carried out by a network of pathways (among which the microbiota stands out) which communicates with the gut and the brain via various biological routes. Some of these are related to the serotonergic system since the microbiota is also able to synthesize 5-HT, as well as to regulate the tryptophan availability for 5-HT synthesis in the intestine and in the brain through the bacterial use of this one. Moreover, microbial metabolites can promote 5-HT synthesis by enterochromaffin cells [17, 18, 19], and some studies even confirm that the interaction of the microbiota with certain immune receptors leads to a decrease in SERT activity [20], which consequently leads to an increase in serotonin signaling at the intestinal level. Besides this, other metabolites and neurotransmitters synthesized by the microbiota regulate biological processes at both terminals of this axis. Therefore, serotonin is also a key element of this axis. In this way, there is an overlap between processes influenced by the gut microbiota and those which rely on intact serotonergic neurotransmission, such as many chronic gastrointestinal diseases (e.g., IBD) and stress-related disorders (e.g., anxiety and depression).

Considering the number of processes in which the serotonergic system is immersed, the research about nutrients capable of altering the serotonin signal is a field of study that is currently booming. In this sense, our research focuses on finding dairy bioactive components capable of regulating serotonergic functions by either directly modulating the serotonergic metabolism and signaling or by, indirectly, exerting an effect on the gut microbiota, which is an emerging therapeutic potential for the dietary control of serotonin-related gut-brain axis disorders. Specifically, we focus on the study of dairy proteins such as lactoferrin, which plays the main role in the development of my doctoral thesis. This is a widely known protein, to which numerous and varied biological functions are attributed- it is even becoming part of the cosmetics world! The aim of our work is to study the effect of bovine lactoferrin on intestinal physiology, specifically on the serotonergic system and the innate immune system, to evaluate its future potential use for the development of functional foods. This research would allow to reduce the use of drugs with possible side effects, which could be associated with these pathologies of the gut-brain axis.

Even though there is still a long way to go, this could be the beginning of the therapeutic use of milk proteins, as well as other dairy by-products that are normally undervalued and discarded by the industry, but which could contain important biological properties that could be used to treat specific pathologies.

By Berta Buey Martínez, pre-doctoral researcher at the Department of Pharmacology, Physiology, and Legal and Forensic Medicine at University of Zaragoza.

Pre-doctoral researcher at the Department of Pharmacology, Physiology, and Legal and Forensic Medicine at University of Zaragoza. 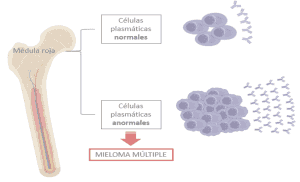 What can your microbiota say about you?