Have you ever considered why does someone have a head scanner? The usual procedure starts with your doctor recommending it whenever he/she considers that you are showing the symptoms of a disease.

Luckily, in many cases, the brain MRI (Magnetic Resonance Image), a sort of photograph that allows us to take a look inside our heads, does not show anything unusual in our brains. At that point, the doctor will try a different diagnosis path. Nevertheless, sometimes the brain image shows that the doctor was right and there is something bad in your head (in a more literal way).

This situation is very common in our hospitals, but it has a problematic consequence: MRIs of brains with a pathology are mostly acquired after the patient has developed the symptoms of a disease. Therefore, for some diseases, it is extremely rare to have brain images at a pre-symptomatic stage. Thus, it is not possible to know how those brains are. This makes early diagnosis and treatments for some diseases very problematic.

How can we solve this problem? After performing a brain scan to a big enough portion of the population, using epidemiologic statistics we would be able to predict that a certain ratio of those individuals would be suffering some disease(s) in their pre-symptomatic stage. Nevertheless, some diseases are so uncommon that the amount of people to scan would be huge if we would like to run a study with significative results (A typical brain MRI study does not have more than 100 subjects). The means to implement a project like this are too big for a University or an individual research group.

UK Biobank is a national-level epidemiological study in the UK with the goal of creating a database with biomedical information of 500,000 volunteers (aged 40 to 70) aimed to be used to study all kind of diseases and find biomarkers for early diagnose. UK Biobanks is collecting genetic information, lifestyle data (with an extensive questionnaire), biological samples (blood and urine) and every possible relevant medical information from their volunteers. Furthermore, a fraction of them will undergo brain and cardiac MRI acquisitions, making this the biggest brain MRI project to date.

The following video shows the special features of this project:

FMRIB (the Oxford Centre for Functional MRI of the Brain) in the University of Oxford, is the leading team for the brain imaging section of this project. Due to the huge amount of subjects to scan, the acquisition protocol has been highly optimised to be able to acquire a wide range of images in just 30 minutes. This will allow the scanning of 60 people per day in 3 different sites in England, 7 days a week, 365 days a year.

Acquired MRIs will include structural images (allowing a high level of detail and contrast to easily identify brain structures such as the hippocampus or the amygdala, or calculating measures such as the cortical thickness), functional images (showing activation in different brain regions in a dynamic and synchronic way, either performing a certain task or in resting state) and diffusion images (showing how different regions of the cortex (grey matter) are ‘wired’ through the white matter).

Functional brain MRI showing activation in the visual cortex similar to the activation you can find on a dead salmon. (Source: Wikimedia Commons)

All these images are processed using advanced automated analysis tools that can numerically characterize the structure of the brain and how it works. The data of the first 10,000 volunteers has been publicly released*. This is an important resource for researchers all around the world. Every volunteer in UK Biobank is a member of the NHS (British National Health System) and therefore, scientists will be able to study the relationship between the generated brain features and the different diseases that a small ratio of the volunteers will develop.

The range of possibilities that UK Biobank offers as a resource are massive and the project clearly shows that the future of biomedical research will necessarily pass by the development of big endeavours such as this one as well as the combination of efforts of multidisciplinary teams gathering together subjects as different as medicine, physics and computer sciences. 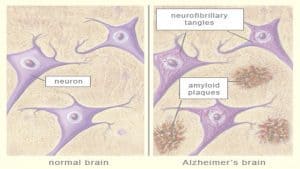