What happens when the brain carers fall ill?

Let me guide you through the inside of the brain. The best-known brain cells are the neurones. A typical neurone has a star-shaped body with many projections (known as dendrites) coming out of it and bringing information from other cells, and a much longer projection (called the axon) which carries all that information as electric impulses to other cells.

Neurones have specialised so much in conveying information that they have lost their ability to protect themselves and obtain energy, so they need to be surrounded by auxiliary cells to perform their functions correctly. Amongst all those auxiliary cells, oligodendrocytes have the task of protecting and feeding neurones. To do so, they wrap the neuronal axons with sheaths of an insulating substance called myelin in the same way that a copper cable is usually protected using a plastic sheath. This myelin cover is essential for the correct functioning of the neurones and brain illnesses may arise if it is not made correctly or if it is damaged. For example, multiple sclerosis is caused by the destruction of myelin sheaths due to a malfunction of the immune system which identifies myelin as a foreign substance (as if it were an infectious agent) and harms it.

Myelin loss can lead to a prolonged exposure of the neuronal axons, causing neuronal malfunction and, eventually, neuronal death due to the lack of nutrients. Another example has to do with the research I developed during my PhD. I focused on how oligodendrocytes could play a key role in the development of the disease known as amyotrophic lateral sclerosis (or ALS for short). Yes, I know it is a rather long name, but let me explain what this devastating disease is about: There are some neurones which are specialised in triggering muscle contraction so that we can move. They are called motor neurones. These neurones are quite long, going from the spinal cord inside your spine all the way to the muscles those neurones trigger.

For instance, those neurones that contract your arms have axons that go from just below the back of your neck to the arm, and those triggering your foot muscles project their axons from the bottom of the back to the very toe. Some neurones can be about a meter long! Motor neurones in the spinal cord need to be triggered themselves by other neurones which live on top of the brain, in an area called the motor cortex. If these neurones in the cortex lost their ability to activate those in the spinal cord for any reason, you would not be able to move the muscles triggered by them. This is precisely what can be seen in ALS patients: They usually begin by losing the movement of arms or legs but, as the condition worsens, those motor neurones that allow speech and swallowing also degenerate. At terminal stage, breathing becomes a really hard task when the chest muscles and diaphragm (which allow you to breathe) cannot move anymore. The whole process takes around about 3 to 5 years and it is devastating and very painful to patients, carers, and people who are close to them. As researchers, we are extremely thankful to the many ALS patients who donated their brain, allowing us to investigate the way this disease works. Thanks to all those brains, we could learn that their motor neurones die and disappear as the condition further develops. There is a question that used to trouble many researchers of ALS: Amongst all of the neurones in the brain, why is it motor neurones that mainly perish in ALS patients? What makes these neurones more vulnerable than the rest? We said it above: It’s their length. These neurones are so long that they require a large amount of auxiliary cells along their axons to get the insulation and the nutrients from which they can obtain enough energy to work correctly. As you can imagine, keeping all those auxiliary cells alive and active requires a huge deal of energy.

My research at the Sheffield Institute for Translational Neuroscience (SITraN) was focused on finding out whether those cellular processes that require more energy work with the same efficiency as those which require less energy in the oligodendrocytes of ALS patients. Recall that oligodendrocytes wrap neuronal projections with myelin. Myelin is mainly made of fat, but it contains a good amount of proteins too. From those proteins, there are two that outstand: Proteolipid protein (PLP) and myelin basic protein (MBP). Oligodendrocytes have many projections and myelin is located and the very end of each of them. PLP is made in the centre of the cell and is then transported to the end of the projections. However, MBP is produced at the end of the projections. This means that the cellular instructions for its synthesis must be transported along them, thus requiring a greater amount of energy. Therefore, if these cells suffered a shortage of energy, they would not be able to synthesise as much MBP as they would PLP, which does not require as much energy and MBP for its synthesis. What we have found is, indeed, that the quantity of PLP surrounding motor neurones is the same in ALS and healthy brains, while MBP is massively reduced in ALS brains compared to those of healthy individuals.

This strengthens our hypothesis that oligodendrocytes cannot obtain enough energy in ALS brains. However, we would need more evidence in order to test whether this change is happening for different reasons such as MBP being degraded shortly after its production. At the end of the day, the brains we examine, although proving useful as snapshots of the disease at its terminal stage, do not allow us to track the development of the disease at the cellular level during patients’ lives. It is impossible for us researchers to get brain samples at different stages of the disease as doing so would harm patients’ brains. When we want to investigate how any brain disease develops, we are forced to use animals (such as zebrafish or mice) which develop the disease so that we can track it from birth to death. It is true that there is still much research ahead of us until we can decipher how ALS works, and science itself advances one little step at a time. However, it is also true that the fact that we understand ALS and other neurodegenerative diseases today way better than before is thanks to all those little steps taken by thousands of researchers and patients that we stand on today to base our science. Thanks to all of them, we are each day a little closer to finding a way to control, or even cure brain diseases. 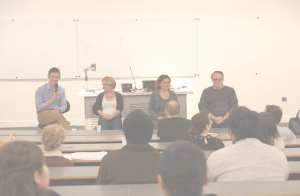 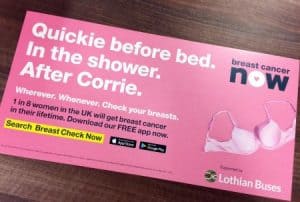