In all types of animals, from fruit flies to mice to elephants, cells follow a fairly similar set of steps to grow from embryo to adult. While these steps follow the same order and often involve the same sets of genes and molecular signals, they progress at different rates from one species to another, in tune with their sizes. For example, the duration of embryonic development is different between species. While mice development lasts about 20 days, the equivalent stages in humans take place during the first 60 days of pregnancy. The remaining 32 weeks are employed for the growth of the embryo. So what is the metronome that keeps the beat in each species, ensuring that it grows to the right size and with all its parts in place? To answer this question, we can look at a specific example: the formation of motor neurons, which constitute the nerves that make muscles contract. These neurons develop from progenitor cells that grow during three days in mouse embryos. These same progenitor cells grow for just over a week during embryonic development in humans. In fact, we can measure these differences using the process of forming motor neurons from stem cells and show that it is the same genetic process, but it just works more than twice as slow in human embryos compared to mice.

The molecular clocks identified so far can work in one of two ways: either as stopwatches that count up and change when a threshold is exceeded, or as timers, which count down until an effect occurs when time runs out.

Rats, for example, use a timer to initiate the development of brain cells in the embryo. As cells divide, chemicals that inhibit cell division gradually accumulate in the precursors of brain cells called oligodendrocytes. Once the inhibitors reach a key threshold level, the rat brain stops making new precursor cells and existing cells begin to assume their mature forms. In contrast, the African clawed frog, Xenopus laevis, employs a timer that counts down to a stage where that future frog is a small ball of cells. Substances that stimulate cell division are diluted by rapid divisions until they are so rare within each cell that division slows down and the next phase of embryonic development begins.

In our work, carried out in the Developmental Dynamics laboratory at the Francis Crick Institute in London and recently published in Science [1], we found that the difference in the rate of embryonic development between mice and humans can be caused by differences in the stability of the proteins of these two species. Proteins are constantly being transformed, created and destroyed in cells, and this happens twice as fast in mouse cells in comparison to human cells. This faster protein turnover rate in mouse cells explains the faster rate of motor neuron formation. Complementary results from Miki Ebisuya’s laboratory at EMBL-Barcelona have been published simultaneously [2] in the same journal. In their case, they studied the differences between human and mouse in the rate of formation of characteristic structures of vertebrates called somites, precursors of the bones and muscles of the spine. Figure 2. Mouse motor neurons generated from stem cells. The nuclei of neurons are depicted in blue and pink, while the bodies of neurons and axons are labeled in gray. Image credits: ® Teresa Rayón.

Changes in development time (known as heterochronies) have played an important role in the evolution of diversity in body shapes and proportions that we see in current species. For example, the brain in primates, compared to that of mice, is larger because the progenitor cells that form it grow for a disproportionate period of time during embryonic development, thus increasing the number of total neurons they produce. In the case of cervical vertebrae, the growth time of the progenitors could determine the length of the neck. Giraffes’ long necks have the same number of cervical vertebrae as their closest relatives, the okapi, although giraffes generate thicker vertebrae.

Understanding how to speed up or slow down the rate of cell type formation could help generate cells of interest for research or regenerative therapies faster. For example, it could accelerate the generation of brain neurons from stem cells, which lasts 150 days in humans, and perform drug trials more efficiently. Accelerating the generation of neurons could also favour transplants in spinal cord injuries. It could also provide relevant information for slowing cell growth in diseases such as cancer.

Post-doctoral researcher at Briscoe lab at the Francis Crick Institute in London (UK). 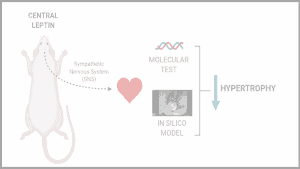